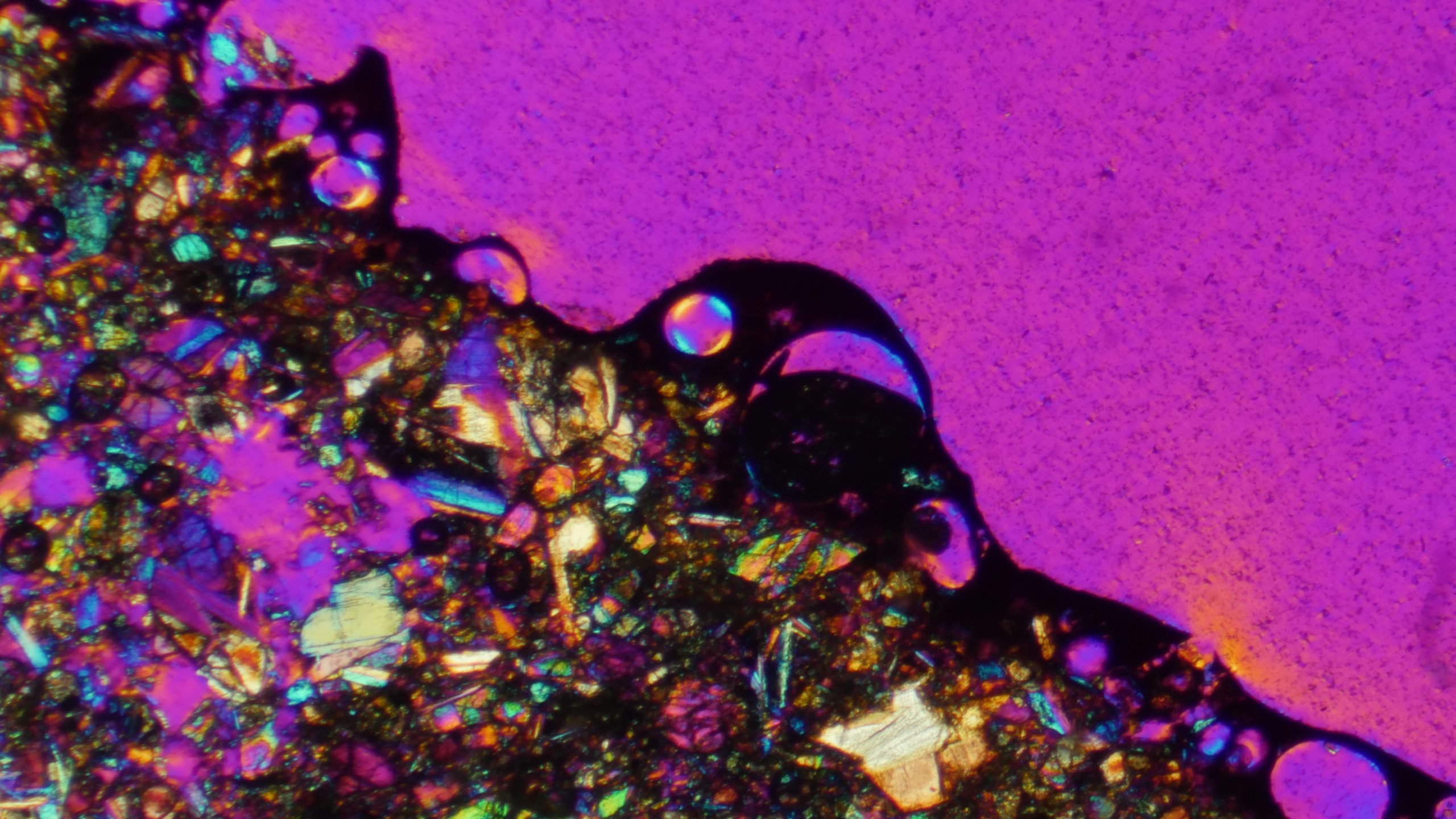 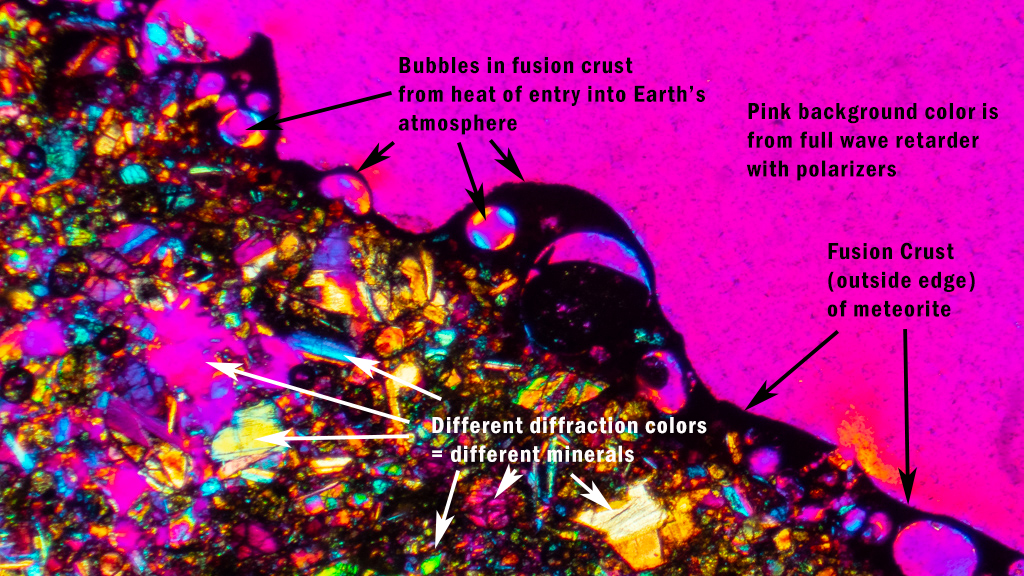 Labels
on
Labels
off

Meteorite from the Asteroid Vesta

This is a thin slice of a meteorite, shown using polarized light and a full wave retarder (530nm), that is believed to have originated on the asteroid (minor planet) Vesta. For an explanation of how the origin was determined, see the American Museum of Natural History here: https://www.amnh.org/exhibitions/permanent/meteorites/building-planets/vesta

The Dawn spacecraft, now orbiting the dwarf planet Ceres, orbited Vesta from July 16, 2011 to August 26, 2012. Spectrographic information obtained by Dawn confirmed this class of meteorite most likely originated on Vesta.

Vesta is the second most massive object in the asteroid belt after Ceres.

If you look at the side of the meteorite slice, you will see bubbling at the surface (edge of the slice). This is the fusion crust and the fusion bubbling was created by the intense heat of entry into Earth’s atmosphere actually melting the meteorite.

Each of the colors represents a different mineral. The colors will actually change as the polarized light orientation is rotated. We can use these interference colors, and other techniques to identify minerals just using a polarizing microscope. The background is magenta due to the use of a full-wave retarder with the polarizers.

This meteorite, named Pasamonte, fell at 5 a.m. in the morning, March 24, 1933 and and was seen by numerous individuals in Kansas, Oklahoma, Texas, Colorado, and New Mexico, and even photographed before coming to rest near Pasamonte, New Mexico at:  36° 13’N, 103° 24’W, approximately 148 miles East-Northeast of Santa Fe, New Mexico. It is a eucrite-like, basaltic achondrite, and is from one of 259 meteorites classified as an achondrite from the eucrite group; this meteorite is a polymict breccia.

This particular meteorite is extremely well characterized. A pdf of the results is available from the Johnson Space Center, Astromaterials Aquisition & Curation Office here: https://curator.jsc.nasa.gov/antmet/hed/pdf/pasamonte-final2.pdf 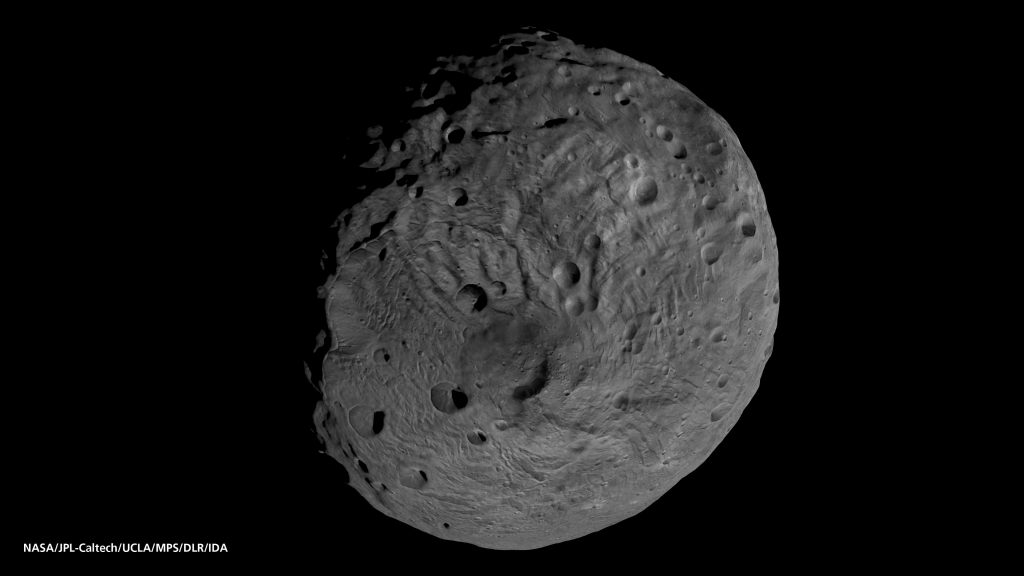 Vesta, showing large impact crater that is probably where the meteorite came from.
Image taken by Dawn Spacecraft 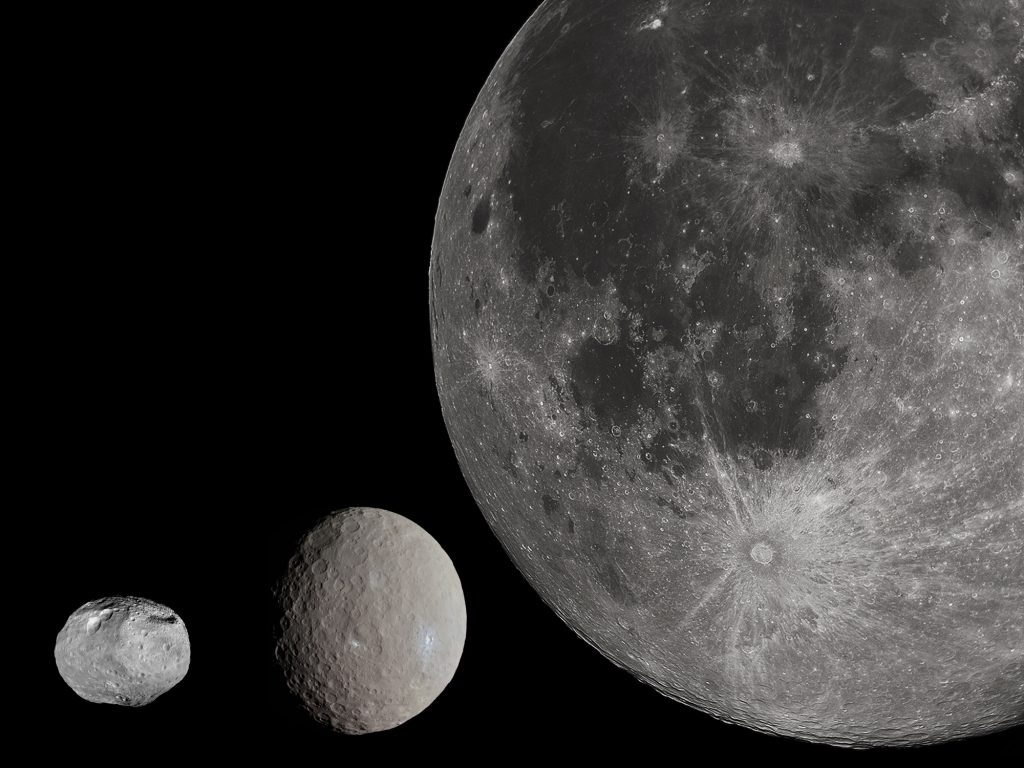